A Great Way to Boost Donations in Your Next Appeal…

I have a little story about Jason Smith, a quiet and unassuming Quebecois guy living in Melbourne, Australia.  In 2016 he worked as the fundraising manager at Burnet Institute.

The Institute is a charity dedicated to researching diseases that cause harm to people in less developed countries.  It is one of my favourite charities, partly because Jason works there and is an easy guy to get behind and support, but also because of it’s unique mission.

However, the Institute’s fundraising is relatively small with a database of just around 7,000 people who donated in the past year or so.

For their mid-year appeal, Jason and his colleague Asther Creo ran a classic direct mail appeal to their donors.

Shortly after the appeal had been mailed Jason met with a ‘mid value’ donor – someone who had, with their partner, donated $4,000 in 2015.  I’ll call the donor Bernadette because of it kind of works with the charity name.

Bernadette told him she was keen on ‘stretching’ her (and her partner’s) donation to have more impact.  So Jason and Bernadette agreed that a special communication would go out to donors.

The message was simple ‘One of our supporters has offered to match your gift up to $50,000.’

With time short, the campaign was run as part of the second ‘wave’ of mid-year appeal.  Basically , follow up letter to the original appeal.

Jason told me; “the matched gift offer boosted results and the campaign raised an extraordinary $326,000 (including the $50,000 donation).  About $150,000 came in after we went out with the offer – it definitely got a lot of traction out there.”

Although the matched offer would have done better as a letter earlier, this is still a great study of delivering what a mid value donor wanted – and lifting them into the major donor zone.

Because Jason is so nice he is also happy for me to share the full copy of the direct mail letter, second wave/reminder (with the matched gift ask) and response coupon.

Just click here for the PDF in un-merged format, showing you all those personalisations.

If you are struggling to find an offer for your mid value donors, but want to try and lift them up then this is always something available to you, and very attractive to many donors.

Want to know more about how you can dramatically increase revenue and transform relationships with your mid and major donors? I cover this important topic in my Mid-Value Donor Super Course. You can find out more in The Fundraisingology Lab. Previous Post
The Easiest Case for Support
Next Post
What is the Best Language to Use When Building Relationships With Your Mid and Major Donors? 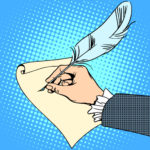