Not long ago, when I was in Toronto airport on Canada Day (1st July) I read a fascinating story about a ‘Transportation mishap’ (no kidding, that is what the local paper called it).

A truck with millions of bees had overturned. The truck was taking the bees back home in their hives after working hard pollinating some blueberries.

Most of the bees were rescued, according to the RCMP (the Mounted Police, or Mounties) and no people were injured, though unsurprisingly ‘Anyone with a bee allergy … was encouraged to stay in and keep the windows shut.’

Hang on — this really does have something to do with direct mail!

Well, I’m obsessed with data. Every nonprofit organisation I’ve ever worked with has demanded evidence that the money they spend on techniques and ideas is worth it. Thank goodness, because I believe that too!

So, for example, in a mail appeal, we use a load of tactics. Things like:

Of course, there are more subjective ‘tactics’ such as brilliant copy and design.

Together these tactics mean the pack tends to be large — often the letter is 4 pages long. But they have an enormous impact — a recent appeal for a charity using those tactics raised 4.5x more than a pack that didn’t use them.

Back to the bees.

With millions of bees hanging around, ‘bee experts’ and the police had to get all the bees back into their hives and rescued, whilst minimising stinging.

Bee stings are 100% fatal for one party involved (the bee) and always hurt the other party. So bee-stings are to be avoided.

A bee expert in the story about the mishap said, “These bees will not go out looking for anyone to sting… Still, remember that they’ve had a traumatic experience ….”

So the Mounties listened to the experts, who told them to use smoke.

(Hang in there dear reader, it all joins up in the end.)

Again, according to the newspaper, ‘…people working at the scene were wearing full protective gear and dousing the bees with smoke to keep them docile.’

Here’s the weird part: Nobody really knows why smoke makes bees docile! Some experts say that it disorients the bees. Others believe smoke fools them into thinking a fire is coming, causing them to gorge on honey in anticipation of fleeing.

In other words, the ‘experts’ haven’t a bloody clue why smoke works.

Back to our direct mail packs. We have tested lots of different tactics, and usually, an individual tactic makes a slight impact on the result on its own. But we rarely know why. And the search for ‘why’ never gets us anywhere.

For example longer letters usually work better. It’s quite dependable with only rare exceptions. We have no idea why this is so. There are theories, but no actual data that tells us what makes longer letters more effective.

Many a CEO or other authority refuses to believe that longer letters work better. They refuse to do it.

And so their fundraising is just a little less effective.

Which is too bad.

And I think you know where I am going with this.

If you were a Canadian Mountie, and you had to get 10 million bees onto a truck, would you care how the smoke works?

I’d just be thankful there is something that does the job. I’d use the smoke even though I don’t know why it works and ask questions later. Or never. Because the Mounties have a lot to do.

We’re all in a similar position. We have important work to do and not enough time to do it in. We have all kinds of techniques that nobody can explain because nobody knows why they work.

If we’re smart, we believe the experts and use the techniques. If we’re curious enough, we test those things to confirm them.

But we never reject a technique just because we don’t have an explanation for it!

Want to learn the ins and outs of telling the right stories in the right way? Sign up here for The Fundraisingology Lab and get access to Jeff’s masterclass: Your Blueprint for Donor-Focused, High-Revenue Fundraising Storytelling.

Previous Post
The Uncomfortable Blessing of Fundraising
Next Post
I Want an Award for My Fundraising Work! Do You Too? 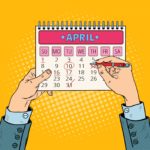 How to Raise Funds on Obscure Holidays and Awareness Days