Thanks for all the fantastic messages from the Moceanic fundraising community. I’m feeling very welcome — thank you!

One of the things I’m most excited about at Moceanic is sharing knowledge and learning even more about fundraising… Moceanic is all about helping smart fundraisers get even smarter.

I’ve just learned about an exciting new direct mail fundraising technique. Yes, I’m using the word “new” in the same sentence with “direct mail.” I know we all tend to think everything about direct mail is older than dirt.  But this is new.

You might be saying right now, “Surveys are not new in fundraising, you idiot!”  That’s more or less what I said at first. But a Supporter Connection Survey is different. It’s so different, it’s not really a survey at all — even though it looks and acts exactly like one.

Sean and Paul, the co-founders of at Pareto Fundraising used similar surveys in the UK in the 90s, and Pareto developed them further with charities in Australia from 2003. This type of survey is now common in Australia and New Zealand, and used in some form by the majority of successful fundraising charities there.

In short, a Supporter Connection Survey is meant to discover what individual donors think and say about your cause… so you can talk back to them about the things they care about. It’s not unlike an actual conversation!

It also helps you find solid legacy giving leads and other forms of valuable connection with donors. (And this — revenue-wise — is even more important.)

Here’s how it works: Let’s say you’re an organization called the Australian Animals Alliance. One of the questions in your Supporter Connection Survey might be this:

Which of these projects interests you most (check one)?:

Then the money question: Can you tell me why that is important to you? And leave a blank for them to write an answer.

These are all things the Australian Animals Alliance does. Now here’s the cool part: You’re going to put your donors’ answers into your database.  And later on, in direct mail, you’re going to have a paragraph like the following:

I believe you’ll be thrilled to support our Kookaburra Habitat Campaign this year, because, as you told us in the survey you filled out, you believe in saving wombats from spreading urbanization.

And for some of your higher value donors, you literally repeat back to them what they wrote to your question about why it’s important.  Like this:

I believe you’ll be thrilled to support our Kookaburra Habitat Campaign this year, because, as you told us in the survey, “I really care about wombats because my father was a wombat conservation activist.”

And that’s fundraising magic. Telling donors you know what they care about is a powerful thing. It meaningfully improves future results.

But that’s not all. You’ll uncover some highly valuable donors by asking:

This uncovers an almost unbelievable amount of valuable information about donors who are ready to do more! You still have to connect with them and cultivate them, but that first step of finding them is the beauty of it.

A Supporter Connection Survey looks almost exactly like other kinds of surveys, so let me show you what it is not:

You are not going to get useful, statistically valid findings about your donor file with a Supporter Connection Survey! In fact, you will almost surely lead yourself astray if you try to use it to get valid research.  (Real research is hard. If you need to do some research, get professional help if you want to do it right!)

It’s not a fundraising “push” survey.

That’s the type of survey more widely used in fundraising. This type of survey is also not for research. In fact, you don’t get any usable information from a push survey.

If you were the Australian Animals Alliance and you did a push survey, your questions would be like this: Do you support conserving the unique wildlife of Australia? (Yes or no.) The goal of a push survey is to build a sort of momentum of YES, so saying “yes” to making a donation is easy and natural.

Push surveys work quite well in many areas of fundraising, especially those that have an advocacy flavor, like environment and civil liberties.  They are a mainstay of political fundraising.

Interested in learning more about this amazing tool? Want to do something like this with your donors?

Join The Fundraisingology Lab and get access to our Support Connection Survey Course and much more.

Previous Post
A Moment of Change – From Jeff Brooks
Next Post
What is Essential Data to Capture and Why? How Accurate is the Pareto Principle? 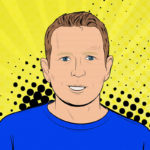