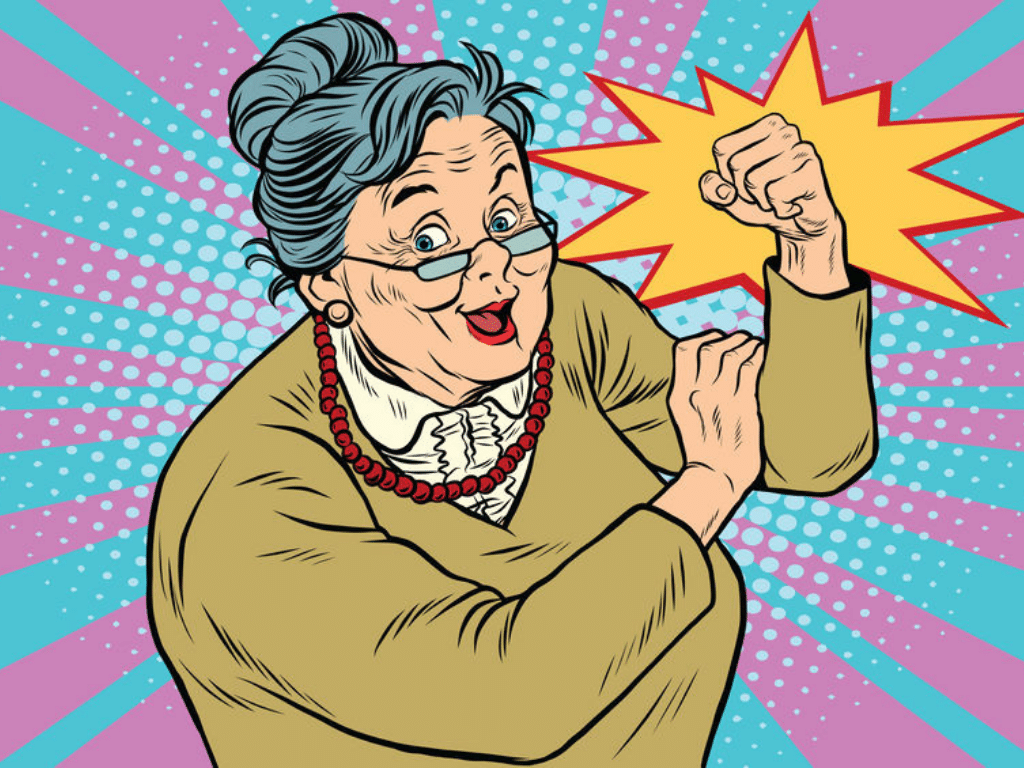 I lost my Mom to Parkinson’s disease.

It was a long and terrible struggle. Toward the end, I was her caregiver. I watched helplessly as the disease took more and more of her away — from herself and from the rest of us.

It’s over now. I’m thankful she no longer struggles in a ruined body and a darkened mind.

Yet it’s not over. My heart still aches over the torment she suffered. I wish I’d spent more time with her. I regret that I wasn’t with her the night she died.

But there’s a way I can strike back. I can defy Parkinson’s. I can give it the finger. I can even take back some of what it stole.

I can give to a nonprofit organization. They’ll take my money, even a small amount, and fight Parkinson’s disease. They’ll help people who have it now. They’ll fund research into better treatments. And maybe, someday, they’ll find a cure—so Parkinson’s can never take anyone else down that terrible road.

All it takes for me to move from defeat to victory is to give away some money. It’s the best deal I can think of.

And it works when I give to causes that were close to my mother’s heart, like classical music or education. In fact — and here’s the amazing part — I get the same positive effects no matter what causes I support. Even causes that have no connection to her.

Giving is giving. It has that power.

My brush with Parkinson’s disease isn’t special or unusual. We all face things that break our hearts, make us feel angry or helpless. Giving doesn’t erase the pain, but it re-orients us. We become less the victim, more in control. Wiser, and less wounded. It can ease our grief, revive our hope, and give us strength to face affliction, wrath, danger, and distress.

If you’re a fundraiser, never forget the power you put in the hands of your donors when you present the opportunity to give. It’s not just a monetary transaction.

And if you think you’re taking something away from donors when you receive their gifts, you’re missing the main point about what giving is and what it does. I know fundraisers who are almost ashamed of their work. They equate it with begging or even scamming, as if they’re getting the better of donors in some barely tolerable way. As if their only defense for getting money away from donors is the sad argument that the end justifies the means.

Anyone who feels that way simply isn’t paying attention to what donors get in the deal.

Here’s what your donors get out of giving …

Actually, it’s the other way around. When people donate, they care more and understand more.

When you give to a cause, you immediately begin to care more about it. You pay more attention when it’s in the news. It gets more concrete and important in your mind. That leads to other kinds of involvement—like volunteering, advocating, and spreading the word.

If you want to change the world in a meaningful way, I can’t think of a better way to start than getting people to care with an act of charity as the first step. That’s a lot more effective than trying to drum a new way of thinking into their unwilling heads.

Beyond that, research shows that donors are dramatically more likely to commit all kinds of good deeds, like returning lost wallets, giving up their seat to older passengers on crowded buses, or giving blood. Donors are more kind, compassionate, and active than non-donors. When you ask them to give, you support their habit of virtue.

Charitable giving stimulates the pleasure centers of the brain, the same way eating and sex do. Yes, giving is that primal. It’s built into the core of our being. Part of what it is to be human is to freely give away some of what you have.

Probably because of all those psychological benefits, giving also promotes physical health. Donors are 25 percent more likely to say their health is “excellent” or “very good” than non-donors.

Here’s the fact about giving that may surprise you: research shows that charitable giving has a return on investment of 3.75 to 1.

For every dollar given to charity, the donor eventually gets $3.75. Beat that in the stock market! A causal link is impossible to establish, but the correlation is clear: people who give to charity end up financially better off.

Think for a moment about the impact charity has on society. Not just because of the important causes it funds, but because of the millions of healthier, happier, more involved donor-citizens it empowers. The whole world is better because of those donors and the way they live. If charitable giving weren’t happening, our world would be darker and bleaker, more broken and brutal.

Fundraising is where it starts.

So next time you feel like a pesky panhandler, or you hear a colleague say you’ve got to cut back on your messaging because it’s harming donors, stop. Take a breath. Remember what giving means for donors.

And be thankful that you’re part of something so transforming and powerful.

Want to connect with other fundraisers on what your work means to you and your donors? Join our free Facebook community, the Smart Fundraisers Forum.

Previous Post
Boo! 6 Things that Should Scare Fundraisers on Halloween
Next Post
Nine Ways to Beat Burnout, Even This Year